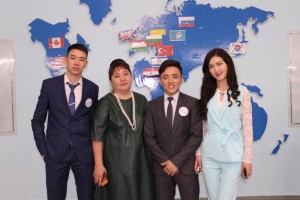 Olympiad in Kyzylorda. The annual traditional degree in journalism IX of the Republican Olympiad among students of higher educational institutions this year the Korkyt Ata State University. On April 20 the opening ceremony of the Olympic Games in the Palace of students of the city was at the highest level. 13 teams to compete in the contest in the opening ceremony of the event, presented a beautiful song, beautiful dancing continued. Poetry became the country, Syr holy disciples guests were impressed by the excellent performances of Kyzylorda. There were S.Baqıtbek opened the curtain of the Olympic Games and was able to conduct high-level A.Batwxan event. Olympic folk song and dance ensemble “Didar” opened “Shashu” Kazakh dance. Artists shared their talents, which adorn the evening. In particular, Sadvakasova Pearl, Maxambetjanova Arailym, Ötkenova Togzhan presented beautiful songs that please the masses. Analyzing all the stages of the competition, the jury determine the true runner Zhunusov careful Tuyakbaev Obed Y. Baytiles and Gulmira Äşirbekovalar. “Zhuirikten done with dignity,” Ozark racing teams participating in the Olympic Games opening ceremony of good luck, future journalists in a good mood. “Archeology and Ethnography of the first day of the competition and the exhibition hall of the” SIC “Head of State and Independent Kazakhstan” was accompanied by measures of training and exhibition hall dating. As well as Cork Ata Kyzylorda State University “Physico-chemical methods of analysis” visited the laboratory of engineering profile. Summarizing the results of the first day to see the sights of the city, young people sang and danced. Cork the next Olympics taking place at a very high level in the land of the Bible 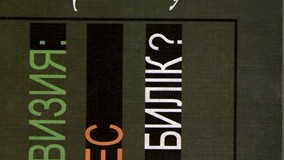